Remote. Tough. Stunning. These are the promises of the Ausangate circuit. And it was exactly what we have been looking for in Peru. We wanted to do the five day Ausangate trek without a guide, on our own pace. It took us quite a bit of courage to finally decide to go on our own. But we were confident that this is going to work out well – being used to several day hikes, having spent already quite some time in the high Andes between 4000 and 5000 meters above sea level and being used to carry our camping equipment, food and clothes for trips like this. We found plenty of information online (such as here, here or here – cool content!), which further encouraged us in our decision, as many travelers did this trek with a guide, but stated that «it is well do-able without horses and guides».

Last but not least, we met a Swiss couple in Cusco, Bettina and Gian, who Mirko knew from his school years. There was a good chemistry from the beginning and as they are passionate hikers as well, they wanted to join us for the trek. The four of us were really motivated and we could not wait to embark on this big adventure.

That it would turn out differently as planned, we could not have known then.

October 5th 2018 – On the first day, we took the public bus from the «Paradero Livitaca» in Cusco to the little Andean village Tinke. (Side note: As usual in South America, there is no bus timetable. But there is a bus that runs every 30 to 40 minutes). In Tinke, we visited the only restaurant we could find and had a coffee and bread with eggs. In hindsight, this might have been a bad idea, as probably the food there was not sufficiently hygienically prepared. Around 10 a.m. we started trekking from Tinke in the direction of Upis, using the app maps.me for navigation. The hiking distance of this first day was around 13 kilometers with an increase in altitude of roughly 650 meters. We constantly, but never steeply ascended. The heavy backpacks, full of food and equipment for five days, hindered us to hike at a normal pace. This, it took us around six hours to reach the camp in Upis, where we set up our tents. Along the way, we passed small farms and fields, where llamas and alpakas were feeding. By the way, there are four different types of camelids living in Perus: llamas, alpakas, guanacos and vicuñas. What is more, we spotted a little pig family and passed by colorfully dressed local farmers and local children. In these remote areas, only few locals speak Spanish. Most of them are native in Quechua, the language of people living in the Andes and highlands of South America. Before dinner, Gian and Mirko could not resist and tested the hot springs in Upis. It’s was a nice way to get warm before a cold night, even if the bath tubes are not of the highest standard. Speaking of cold nights, yes it was really cold up here at around 4500 meters above sea level. Moreover, just few days before, we all were in Lima at sea level, so some of us felt a little headache due to altitude. In order to get enough sleep for the next long hiking days, just after nightfall (which is here around 6 pm) we went to rest in our tents. Unfortunately, during the night, I had a bad stomach and felt really sick, which was not the best starting point for the second day.

October 6th 2018 – Initially, we planned to start hiking around six in the morning. But as I barely slept during the night and Bettina felt a little weak too, we decided to sleep a little longer. Around eight, we packed everything and got ready for the hike. Somehow, the altitude and the sickness during the night took all energy of me and it would not have been possible for me to carry my heavy backpack and continue hiking.

I already thought of giving up, but luckily, we could negotiate with a guided group to hand over one heavy backpack, which was then carried by a horse for the day. In addition, Gian and Mirko carried a few more kilos and like that, Bettina and I were able to share a relatively light backpack. Slowly but surely we started hiking, passing two smaller passes and covering a distance of around 15 kilometers with a total increase in altitude of approximately 700 meters. The first three hours we were rewarded with stunning views of to the enormous Ausangate glacier. We observed the glacier calving into turquoise blue lagoons. We spotted wild llamas and vicuñas. And we enjoyed the view over colorful mountain valleys. Being just the four of us in the midst of this landscape most of the time was remarkable. The remoteness here is really incomparable and we felt really small being surrounded by so many beautiful peaks.

Speaking of peaks, with an elevation of 6384 meters Ausangate is the fifth highest mountain in Peru. In the Inka´s mythology, Apu Ausangate (“apu” means a natural deity or Spirit of the mountain) was one of the twelve most sacred peaks in the whole Empire. During our hike, we discussed our options for the following days. Having the unpleasant and cold first night in mind, we asked ourselves if we should continue the next three days as planned? Or should we rather exit the following day? Who feels strong enough for the whole Ausangate circuit, and who not? After three thirds of the way, we all felt exhausted. Some of us were just tired, others had headache or slight problems with the stomach. And we all knew that it would not make sense to risk our health and push further to do the five day circuit.

At some point, we furthermore realized that a nearby guided group was not heading for the full five-day circuit. They were walking in the direction of the famous Rainbow Mountain from where you can take a bus back to Cusco. This was the answer to our questions and we soon decided that this was the best (new) route for us too. So we changed our plan and headed towards the Campamento Anantapata for the night. The camp was even more basic than the first day. There was a small creek to get water nearby, but no toilet or cooking shelter as it was the case in Upis. As it was already five when we arrived at the camp, we had to hurry setting up our tents and cooking some pasta before nightfall. Shortly after six, we were in our tents, tired from the long and exhausting day, falling in a not so deep, but cozy sleep. I will not forget the moment I woke up and quickly peeked outside into the cold night: I have never seen so many stars on the firmament…

Costs day 2: 35 Soles for the horse that carried our backpack.


October 7th 2018 – This was another though day. We all had to carry our heavy backpacks again, no horse was available to help us. So we decided to leave some of the extra food and gave it to a local guide at the camp. We got up at four and started hiking at five in the morning. That day, I felt well again, but this was not the case for all of us. It seemed that every day, another person from our small group had troubles with the altitude or other health problems. It seemed like this trek was a bit of a doomed mission. After an hours of steep ascending, we reached the first pass of that day at nearly 5000 meters of altitude. The view on top of the ridge was stunning. Here, many mountain ranges are quite colorful – shaded in red, ochre, orange, yellowish colors due to sedimentary mineral layers that have been exposed by erosion. A little later, we passed by two deep blue Lagunas and came closer and closer to our destination, the Rainbow Mountain. Reaching this colorful mountainside before the big crowd (that visits the peak from the other side in a one day tour from Cusco) was a challenge for us. Mirko was quite fast this day and so we sent him ahead to catch some good pictures. Gian, Bettina and I went at a slower pace. And as you will see, the separation was worthwhile, the picture of Rainbow Mountain speaks for itself…

Notwithstanding, I do want to mention that when it comes to the Rainbow Mountain, there is also a dark side. In the last years, visitor numbers on the uncountable day tours from Cusco exploded. I could barely belief, how many people were up on that hill at eight in the morning already. The weaker tourists were carried by panting horses, others had oxygen masks on their faces (Rainbow Mountain is 5200 meters high) and others had to turn just before the panoramic platform due to exhaust. Last year, a second street was built to reach the mountain from Cusco and I guess, all this touristic activities could destroy the fragile alpine environment. After hiking the last of the total 10 kilometers this day’s hike, we were glad to have reached the parking lot on the feet of Rainbow Mountain, where all the tour operators waited for their clients. For around 40 minutes, we walked from car to car and asked for four available spots in one of the buses. Finally, we were lucky to get a ride back to Cusco for 25 Soles per person, including a buffet meal.

… these two days were not meant for us. Sure, finishing the Ausangate circuit would have felt great, but this time, we had to look after ourselves and make it back to Cusco safely and healthy. I do indeed congratulate every hiker, who achieves to finish this circuit on his or her very own. Well done!If you are still not sure, how to plan Ausangate, I hope these following recommendations help you.

Our Trek Rating and Résumé 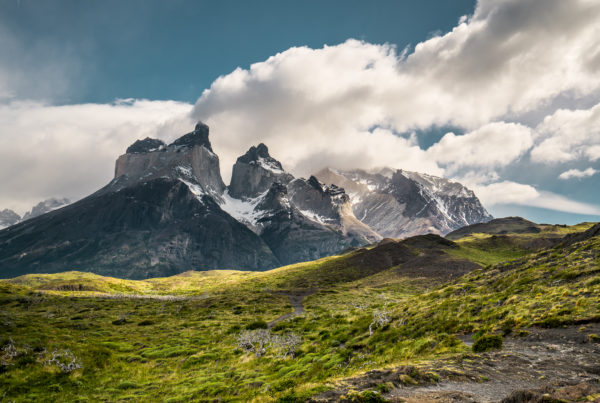 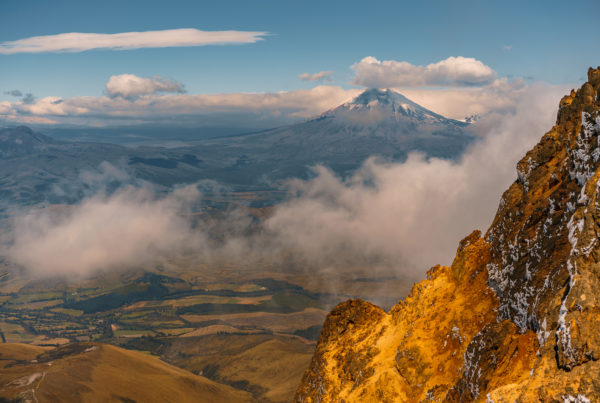 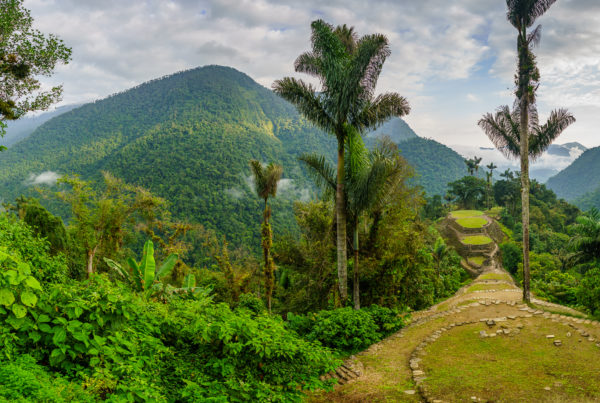 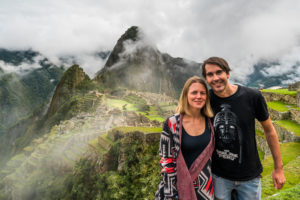